Madison County officials are starting to consider how garbage will be picked up starting Oct. 1.

The Board of Supervisors is looking at staying with current contractor Red River, switching providers or putting the county back in the trash business.

"We're in the process of deciding," board president Paul Griffin said at the supervisors' meeting Tuesday.

"I'd like to save money, but my deal on garbage is service," Griffin said. "We're missing some service when it's privatized. Who can serve best? Those out to make money or those to serve the people? Madison County employees are out to serve the people."

The county's four-year contract with Red River expires Sept. 30. Two weeks ago, supervisors voted to give the company six-months notice they planned to terminate the contract for once-a-week garbage pickup. However, the county can still renew the two-year option on Red River's contract.

"They haven't ruled anything in or out," board attorney Eric Hamer said.

District 1 Supervisor John Bell Crosby asked the board to consider all options for garbage disposal by seeking information from companies that could be interested in the job and input from the county's road department on how it would handle the trash pickup.

"I realize that doing it ourselves is an option but we need to look at all our options," Crosby said.

"At some point we can decide. We don't want to lock ourself into RFPs," Johnson said.

The county sold its aging garbage trucks when it turned over garbage pickup to Red River. Getting new trucks will take several months so the process would need to start by early April if that's the direction the county chooses, purchasing clerk Hardy Crunk told the board.

Chip Barton of Red River and Buford Clark of Waste Management asked the supervisors to consider their services.

"We'd like to talk about renewing for two more years," Barton said.

"We want to be one of your options," Clark said. "We think we can save you some money."

County administrator Donnie Caughman said initial estimates are that it would cost the county $1.8 million to resume garbage collection services while the cost to say with Red River is $2 million annually.

If the county does not contract with an outside company for pickup, then the county has a choice for doing the job in-house.

The supervisors agreed to hire an outside consultant to conduct a feasibility study of creating a Madison County solid waste collection authority.

The authority would be a separate entity under county government and allows for more accountability in garbage pickup, McNaughton said. "I would encourage you to do this on an enterprise basis," he said. "If the county wants to get into the garbage collection business, now is an opportune time."

The county could establish an authority and then invite other cities or counties to join in the enterprise and share the cost or pick up trash in other locales under contracts. The advantages of an authority are to control the level of service and to control long-term costs, McNaughton said.

The feasibility study will determine what the county's cost will be to begin the service compared to private companies, he said. "We can put the numbers to it to see if it makes sense."

The county will pay McNaughton $150 per hour for the feasibility study that is expected to be completed in 40-60 hours.

Johnson said he's leery of establishing a Madison County authority. Instead, he said he would rather see the Central Mississippi Planning and Development District set up the authority and allow Madison County to participate through it.
4 comments:

Email ThisBlogThis!Share to TwitterShare to FacebookShare to Pinterest
Labels: Garbage

Press Release
MADISON COUNTY FLOOD ZONE MAP REVISIONS UNDERWAY
RIDGELAND, MS, FEBRUARY 18, 2009: The Madison County Flood Risk Maps have been revised and the drafts are in the appeal stage. A "Flood Map Open House" Public Meeting was held November 6, 2008, Board Room, County Administrative Office Complex, Canton, so all residents could learn about the process and review the draft digital flood maps and aerial photos of their property to determine how it would be rated based on the newly revised draft flood maps.

If your home is now mapped as being within a high risk flood zone (A or AE zone), http://tinyurl.com/madflood, and it was not previously, you should purchase flood insurance prior to the map becoming effective. This will enable you to lock in a better premium rate. If you wait until the map is effective, your rate will be much higher. Questions concerning the maps should be directed to the County or City Floodplain Administrator, who is charged with collecting any protest or appeal actions. http://www.fema.gov/plan/prevent/fhm/fq_main.shtm

The official 90-day appeal phase started January 22, 2009, and is on-going until April 22, 2009. Based on their situation, property owners can appeal by providing elevation certificates, and other info detailing why their rating should be changed, or why they shouldn't be considered to live in a flood zone! Additional detailed info is located on-line at http://tinyurl.com/mapappeal

Homeowners can also now purchase Flood Insurance at a reduced premium and be “grandfathered.” A great resource for homeowners is http://www.fema.gov/plan/prevent/fhm/hm_main.shtm

County Supervisors have maps of subdivisions in their districts that potentially will be affected by the revised flood maps. The Madison County Flood Plain contact for unincorporated areas is Brad Sellers, 601.855.5501. Also, each municipality has a flood plain contact person.

Click here for the entire Press Release
No comments:

Madison County has 8 State Representatives and 4 State Senators. Please take the time to know who your State Legislators are and provide them input regarding your concerns and issues! Be informed; be involved! 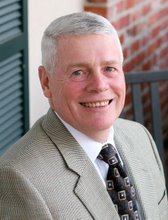 Please use this web site to provide your opinions and suggestions for making Ridgeland an even greater place to live and work!